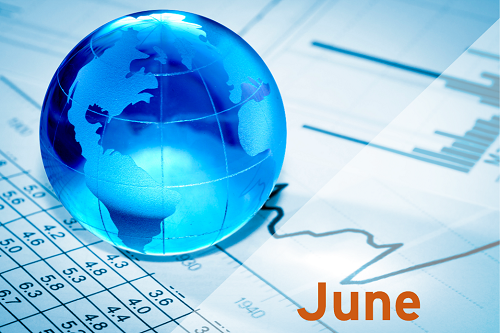 The re-escalation of trade tensions between the United States and China once again derailed equity markets and brought the strength of the global economy into question. Coming off fresh all-time highs, May marked the worst monthly stock performance so far this year as the U.S. increased the tariff rate on $200 billion of Chinese goods from 10% to 25% and announced potential tariffs on $300 billion of additional goods. In like fashion, China retaliated with additional tariff action on U.S. exports. This polarized situation between the world’s two largest economies poses a significant threat to the erosion of consumer and business confidence and ultimately economic growth.

One area that has remained unaffected by the trade tension headlines has been employment.  The U.S. economy added 236,000 new jobs in April, and the unemployment rate recently hit a 49-year low of 3.60% with wage growth remaining strong at 3.20%. While U.S. consumer confidence has remained strong on the back of the employment data, businesses are feeling the weight of the trade war. The uncertainty around trade has caused a contraction in new orders and a decline in PMI and ISM data points over the month.

Softness in inflation highlighted by the April PCE print of 1.50% on a year-over-year basis is well below the Fed’s target rate of 2.00%. The minutes from the May FOMC meeting show committee members feel that this softness is transitory and keeping rates on hold is a prudent strategy. In disagreement, the bond market feels the current policy is far too restrictive and has reset yields across the curve at lower levels in response. The 2-year U.S. Treasury saw a decline of nearly 40-basis points over the month, and bond markets are now pricing in multiple rate cuts by the end of next year.

The contrast between the bond market and the FOMC will likely take center stage over the coming months as each provides a gauge on the economy’s ability to withstand rising political risks.