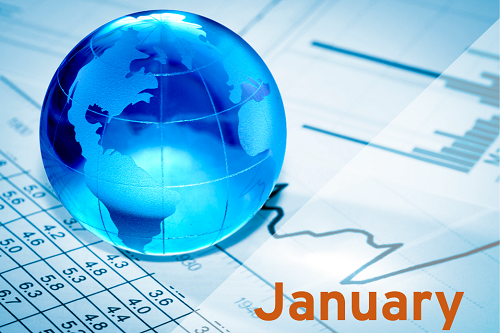 Losing Faith in the Fed

The outcome of the Federal Reserve’s December meeting unleashed a tidal wave of volatility in the financial markets. While raising its target rate 25 basis points and indicating “some further gradual increases” are warranted, the Fed stoked concerns that it is ignoring market signals indicating the U.S. economy is cooling to a point where additional rate hikes may jeopardize the second longest economic expansion in U.S. history. As a result, equity markets were down sharply, and Treasury yields were considerably lower in the aftermath of the meeting.

Although the U.S. economy may be cooling, it is far from collapsing. Despite the sharp decline in the stock market, a government shutdown, and unprecedented open criticism of the Fed from President Trump, consumer spending appeared quite strong over the holiday season. With the unemployment rate historically low and wages on the rise, December’s Fed rate hike was largely anticipated. However, the storm clouds on the horizon have given the market, but not the Fed, pause.

The laundry list of market concerns is well known from ongoing trade tensions between the U.S. and China to the upcoming U.K. vote on a Brexit deal and the budget showdown between President Trump and Congress. The market craves clarity, and in its absence, volatility typically ensues. The Fed’s dubious track record forecasting economic growth and the lag in which monetary policy works have the markets concerned a policy error may occur.

Having acknowledged the need to monitor global economic and financial market events, it would be hard for the Fed to ignore the negative sentiment at year end. While the Fed may forge ahead with additional rate hikes in 2019, the impression that monetary policy is on auto-pilot has dented the market’s confidence. If the Fed were to convey a bit more flexibility, it may find the road a bit less bumpy as we kick off the new year.