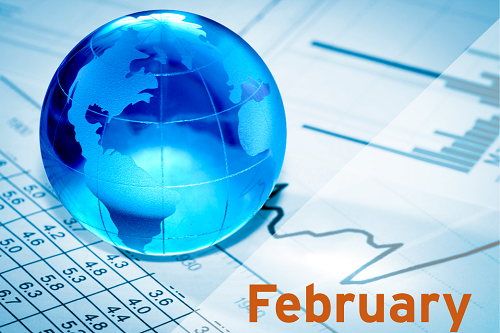 Early 2019 was marked by a new record: the longest partial government shutdown in United States history, lasting 35 days. The Congressional Budget Office estimates that the shutdown could negatively impact real GDP growth by about 0.4% annualized in the first quarter of 2019. Lawmakers were then given a three-week window to agree on border security funding, namely whether to grant $5.7 billion to build a new wall on the Southern border. By the deadline, Congress passed a bipartisan agreement including $1.375 billion for barrier funding. President Trump signed the bill, removing the threat of another shutdown, but also declared a national emergency in an attempt to secure additional funds for a border wall.

Furloughed government workers were reported as unemployed on temporary layoff during the shutdown, causing the unemployment rate to rise to 4% in January (a seven-month high) despite an increase in labor force participation (304k new jobs added). The University of Michigan’s consumer sentiment index dropped to 91.2, the lowest level in the past two years, down from 98.3 in December of 2018.

On the monetary policy front, the Federal Open Market Committee voted unanimously to maintain the Fed funds rate target range at a range of 2.25% to 2.50%. The tone was more dovish this month, and the committee removed its forward guidance, saying it would be “patient” in the determination of its future target range.

Trade tensions between the U.S. and China, the inability of the UK Parliament to agree on a Brexit deal, and the volatility in the markets remain a cloud hanging over the global economy. Weaker growth expectations in the U.S., the Eurozone, and China are likely to lead to a slower pace of monetary policy tightening than initially expected from the world’s major central banks. Positively, the risk of imminent recession in the world’s largest economies remains remote.